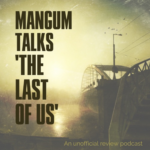 Spencer and Lee tackle and emotional episode of HBO’s “The Last of Us.” Looks like Lee MIGHT be coming around on the show. Segments include: recap with Lee, Best Line of the Episode, Familial Moment of the Episode and a doozy of a segment on Ethics Questions of the Episode. Thanks to all who listen! 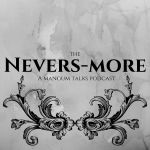 Spencer and Lee review the penultimate episode of the first half of season 1. Let’s just say Spencer had some gripes. They run through a recap, award Best Line of the Episode, discuss best and worst character arcs and get into a little theory crafting and speculation.

Spencer and Lee review Episode 1 of HBO’s The Nevers titled “Touched.” They recap the episode, discuss their favorite line and select their (early) favorite character arcs!

Welcome to the Nevers-More podcast! We’ll be here every week to discuss episodes of HBO’s “The Nevers.” Subscribe now!